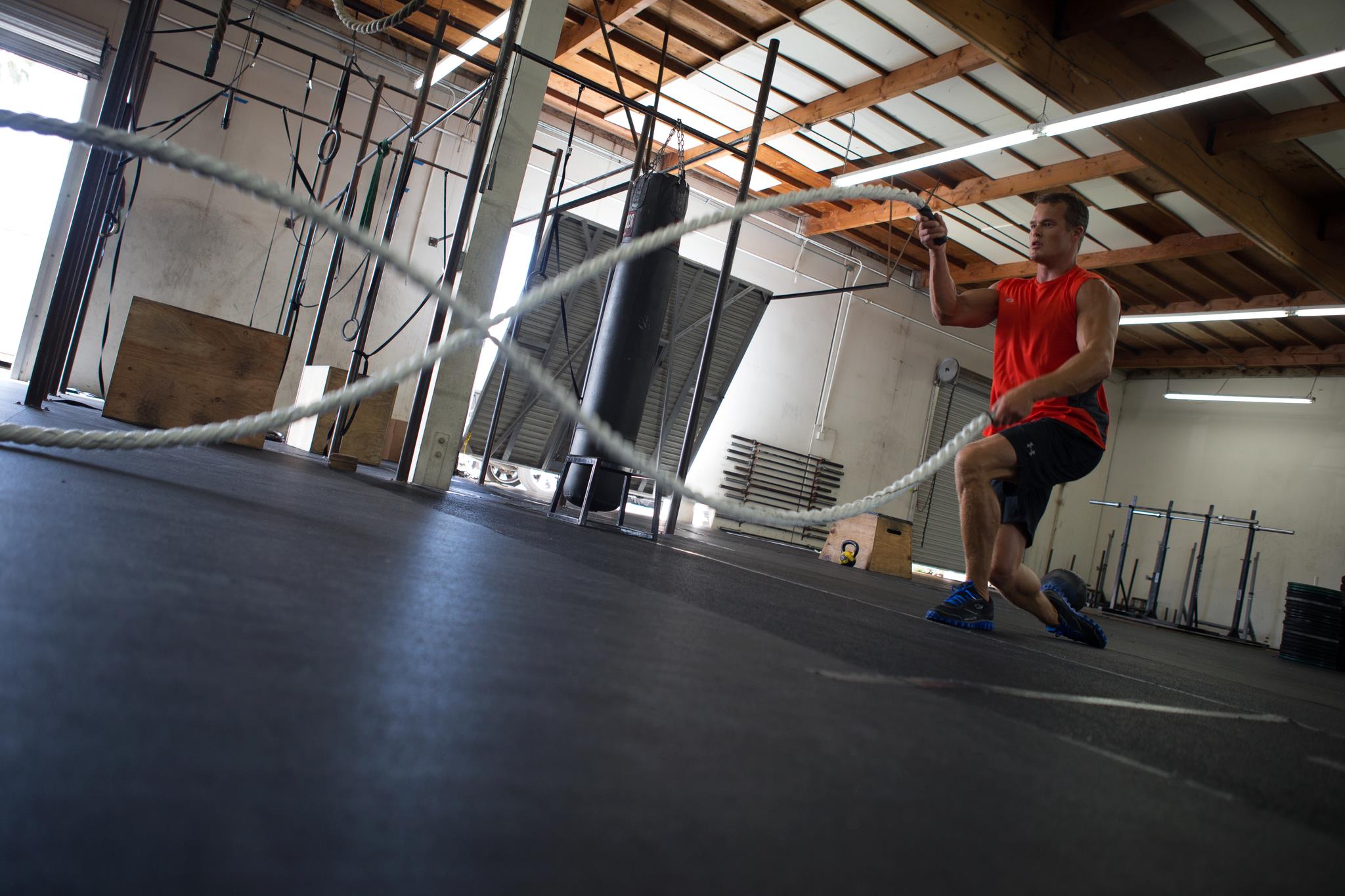 Whether you are a beginner or intermediate user of Muscle Ropes, it’s important to understand the basic exercises that everyone should have at their disposal. You can easily build off of these essential exercises to develop complex movements for increased intensity and a full body workout.

Perhaps one of the most well-known workouts, Waves provide intense, heart-pounding cardio and engages both your core and your arms.

Grab one end of the rope in each hand and, at the same time with both hands, create a wave movement with your Muscle Ropes. Try to keep up the pace and maintain a consistent speed without slowing down. Another version of this workout would be Alternate Waves, creating alternating wave motions with each hands.

Slams are a basic move for increased arm strength which goes well in anyone’s Muscle Ropes arsenal. Raise both hands above your head at the same time, and, with as much strength as you can must, slam the ropes onto the ground. By increasing the speed, you also maximize the cardiovascular benefits. Try a Double Slam, two Slams in quick succession, to increase the difficulty.

A great core strength exercise, a Grappler utilizes a twisting motion in quick, successive movements. Hold both ends of your Muscle Ropes firmly and pivot from side-to-side, “throwing” your ropes toward the direction of the pivot. Try to create waves during your pivots for added intensity.

Target your shoulders and lower body by assuming a squatting position while holding one end of your Muscle Ropes in each hand. In unison, move your arms from one side to the other, creating a pattern resembling snakes on the ground. Increase the speed for an explosive arm workout.

Target the lower body and build explosive power with this spin on an exercise favorite. Grasp the ends of your Muscle Ropes in each hand, and place your hands by your sides with your feet shoulder width apart. Do as many jumping jacks while holding the ropes as you can. This exercise quickly raises the heart rate for an intense cardio session.

Build upon these exercises with your own twists for a high-intensity routine. You can also combine several exercises to create fat-blasting circuits for a total body workout.